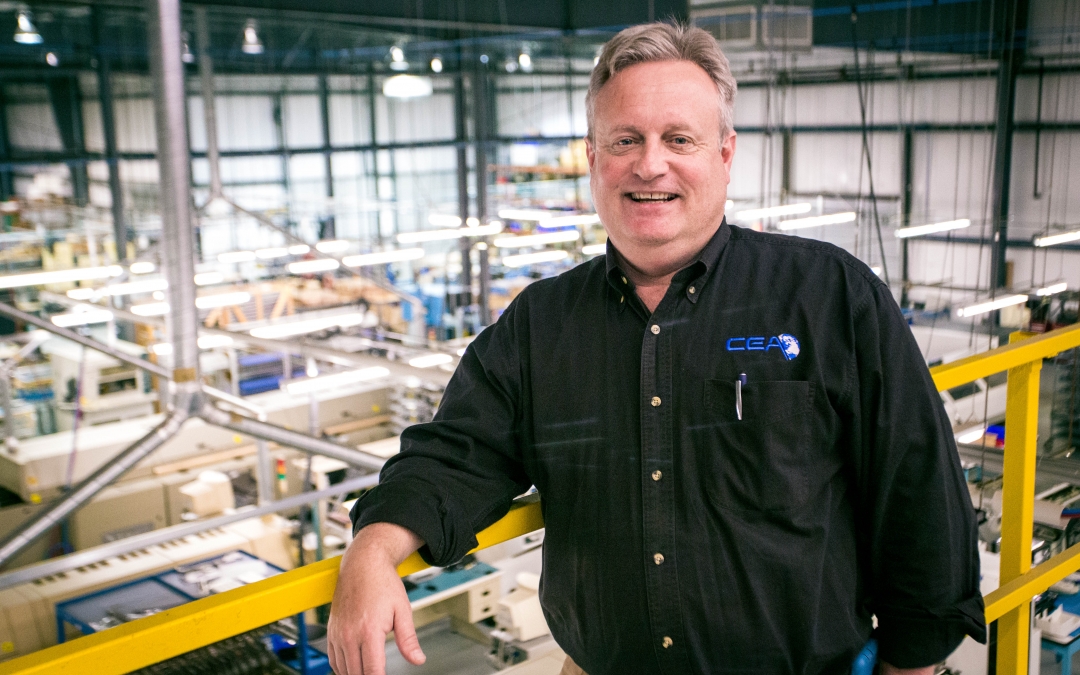 “This loan allowed us to jump to the next level in our capabilities.” -Steve Yauch

The room is brightly-lit and spotless. Throughout the space, some of the company’s 42 employees hand-solder electronic components. Others look through microscopes, inspecting parts to confirm they are properly oriented. On the surface mount line, circuit boards move down a conveyor belt as four high tech machines pick parts off of reels and install them onto the boards. Workers stand by to inspect those products as they advance, rhythmically, toward completion.

This well-choreographed process is essential to CEA’s core business—building high-end electronic products for other companies. “Our customer base is very wide,” says founder and owner Steve Yauch. “Pretty much any industry you can think of, we have or do build products for.” That’s no exaggeration. CEA makes products for the aerospace, television, medical, and military fields; it created components for the high-tech supercollider; right now, the company is making an artificial heart. “It really truly does run the gamut,” Yauch says. “You’re not going to walk into Walmart and find products we build. Most of our stuff is kind of high end.”

On a given day, the team could be building as many as 18 different products at once. Much of that advanced manufacturing happens because of the specialized equipment—those machines along the surface mount line—CEA procured in a couple of years ago. Those purchases wouldn’t have been possible, Yauch says, without the Loan Participation Program (LPP), a fund created initially by the U.S. Treasury Department through its State’s Small Business Credit Initiative, and managed by the NC Rural Center in all 100 North Carolina counties. It’s designed to increase access to capital for small companies in the state that struggle to find funding. Through LPP, the Rural Center buys participations in loans issued by banks or Community Development Financial Institutions, in effect mitigating some of the risk involved and helping the lender to make loans that don’t otherwise meet all their requirements. The Rural Center has partnered on more than 350 LPP loans with 22 different lenders located throughout the state of North Carolina.

Without the machines, CEA’s business was at risk of falling behind. In the electronics industry, that would spell doom for a company. “You have to be preparing for the future at all times,” Yauch says.

He didn’t plan on running this company as long as he has.

“I’m somewhat of a serial entrepreneur,” Yauch says with a laugh. In 2000, he purchased an eastern North Carolina manufacturing firm that was in bankruptcy. The plan was to finish manufacturing some electronics products Yauch had patented, bring those to market, and shutter the company after six months to a year. “I realized that it was a pretty good model if it was being run properly,” he recalls.

At the time Yauch bought the business, it had a meager 1,000-square-foot facility. And as the technology industry entered a period of dizzying change, the fledgling company did not have the resources it needed to compete. “It was a very primitive business when I bought it out of bankruptcy,” Yauch says. “The company that I bought did not have much in the way of equipment. Over the course of 17 years, we’ve had to constantly evolve and update what we have.”

Yauch’s vision fueled the company’s growth—adding employees, equipment, square footage. At the same time, the electronics industry has become even more competitive. Companies must stay on the cutting edge in order to satisfy their clients. “It’s almost an exponential curve,” he says. “In the last five to eight years, technology has been moving so fast.

Those demands manifested themselves a few years ago, when several of Yauch’s longtime customers wanted something CEA couldn’t deliver. “They came to us with some new products that we, frankly, were not able to do because we just didn’t have the equipment,” he says.

So he turned to KS Bank in Smithfield, the financial institution he had partnered with since 2012. John Parker, the bank’s senior credit analyst, suggested utilizing the Loan Participation Program as a way to finance the expensive equipment Yauch needed to purchase. “The success of Steve’s business made this a strong credit,” Parker says. “We simply needed assistance to help keep our loan-to-value within regulatory guidelines, which is exactly what the program’s structure enabled us to do.”

Parker says the relationship between KS Bank and CEA Manufacturing, both of which are deeply rooted in the community, has been positive for both companies—and for the people who work there. “Anytime you can participate in the success of someone in your community, you are in some small way rewarded,” he says. “When our customers are successful, there’s a good chance that we are going to be successful.”

The surface mount line alone cost roughly a million dollars, but, importantly, the investment in equipment was not intended to replace CEA’s human workforce. “It was not so we could let people go,” Yauch says. “It was so we could elevate our people to do higher-level stuff and eliminate some of the more mundane, repetitive tasks.”

It did just that. The company is more efficient and able to meet its customers’ demands faster. “Anybody can build a light bulb,” Yauch says. When you start building things like artificial hearts or things for the super collider, you can’t do it by hand. You have to have the equipment.”

But the investment did more than meet an immediate need. It pointed CEA toward the future, better positioning the company to succeed and grow. Thanks to the new equipment, CEA will be an industry leader, without having to add additional machines, for the foreseeable future. “You can’t be still. You either have the capabilities to do what’s coming,” Yauch says, “or you go out of business.” 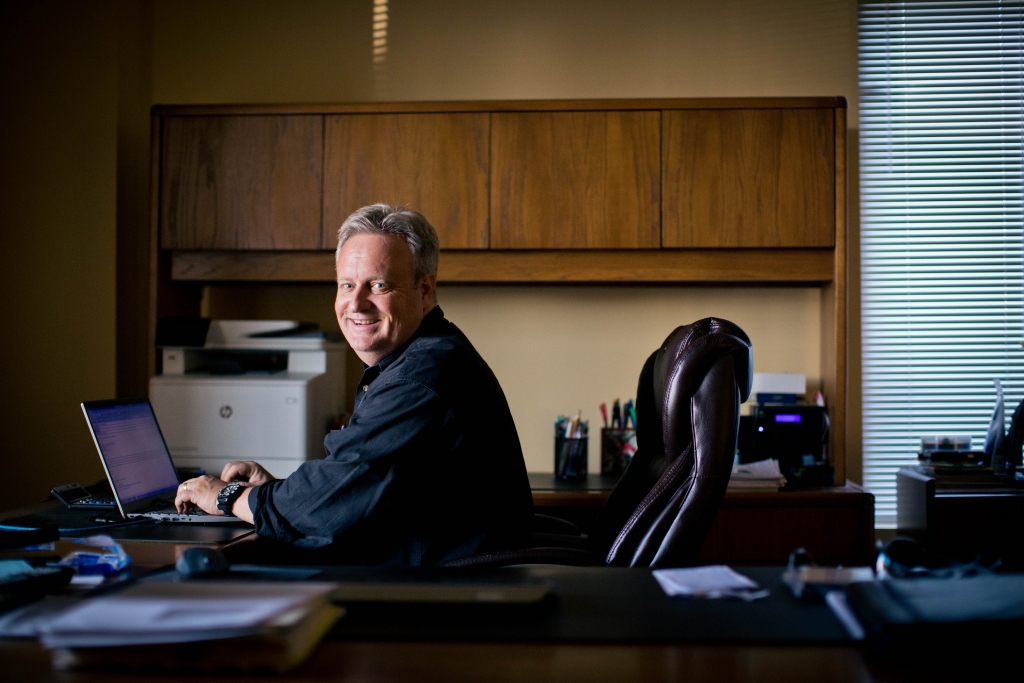