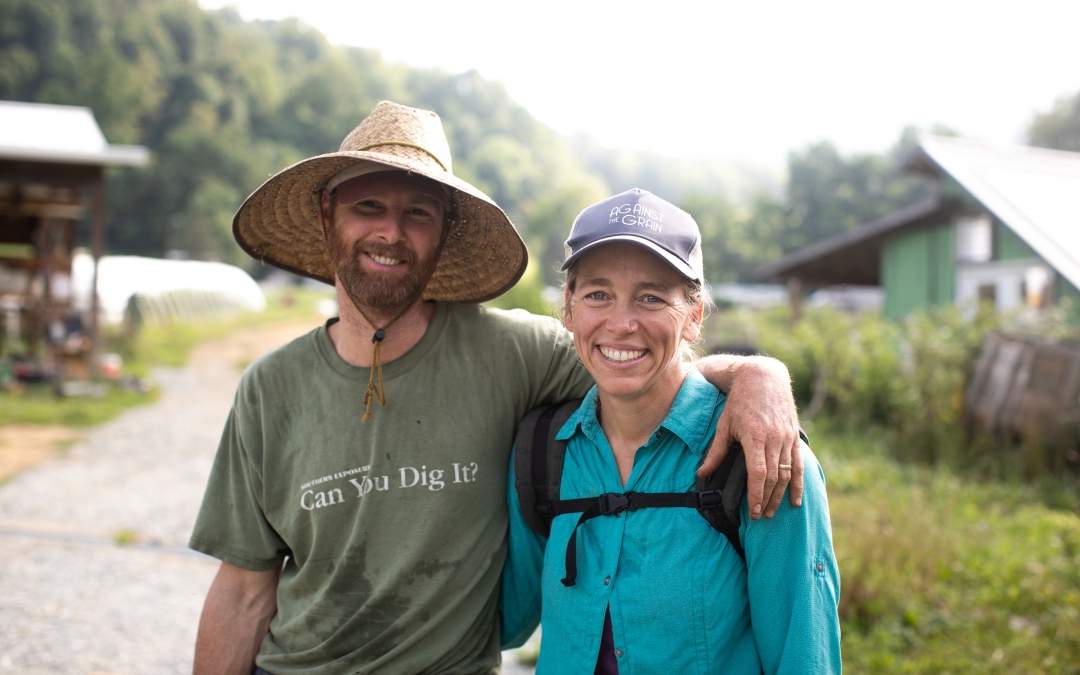 Holly Whitesides and Andy Bryant wanted to be farmers for different reasons.

“Andy kind of came to farming because he was interested in cooking and gardening,” Whitesides says. “I came to it from a food justice and environmental ethics perspective.”

The couple started farming together in 2010, drawn to the land from previous careers: she as a carpenter and he in nonprofits. “We knew we wanted to live in Western North Carolina,” Whitesides explains, “but we weren’t fortunate enough to inherit land.”

In 2012, they bought 18 acres in the Watauga County community of Zionville and started growing vegetables on it. “You can bootstrap it a little easier that way,” says Whitesides, who farmed full-time and introduced biodynamic practices in 2013. The farm, named Against the Grain, reflects the couple’s intentionality toward the earth. “We think about the farm as an organism and the farm being greater than the sum of all of its individual parts,” she says. 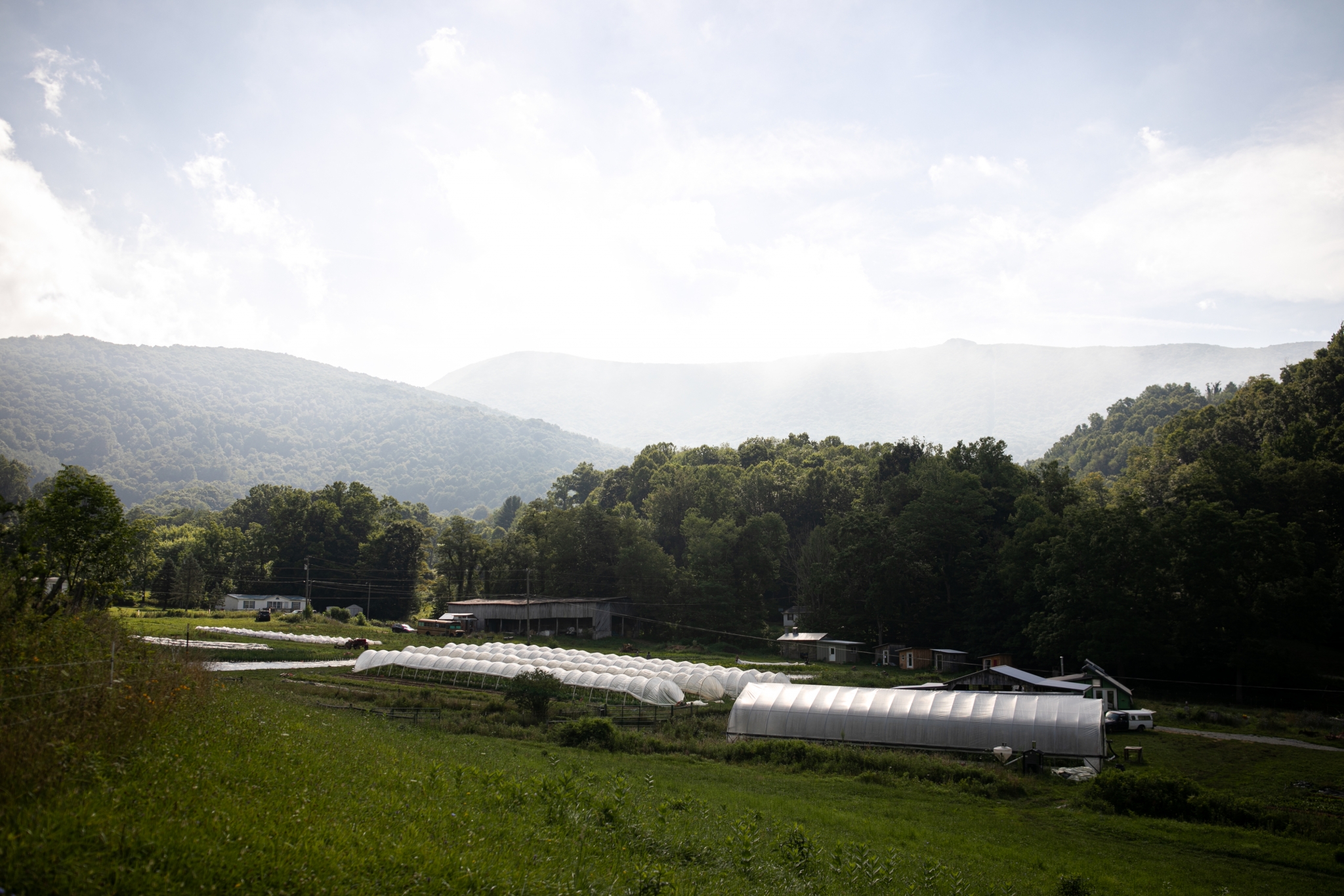 Along the way, they added livestock, land, and family members; their daughters Beatrice and Corva were born in 2014 and 2018, respectively. Bryant quit his nonprofit job and joined the family business full-time.

But it hasn’t always been easy.

The family has struggled to find affordable access to health care, especially in the farm’s early days. Whitesides was uninsured during her pregnancy with Beatrice, and they had to pay out-of-pocket for her medical expenses because they didn’t qualify for Medicaid nor could they find insurance on their own. “The system is just dysfunctional,” she says. “There are so many issues with health care in general. It’s a deep well. But this is a good place to start to close that coverage gap.”

Five years later, the family just finished paying off those medical bills. And they still get bounced around as they try to navigate their coverage each year. “It’s really bulky and cumbersome. We end up getting coverage, but we have a period of time where my kids aren’t covered,” she says.

Closing the coverage gap in North Carolina, Whitesides says, would also help the farm’s five seasonal apprentices, who live on the property full-time and don’t qualify for insurance. “Fortunately, people who live on our farm eat really well, they’re really active, and they’re relatively healthy people,” she says. “But if issues arise, we do have people who aren’t covered.”

Caring for those apprentices is personal for Whitesides.

“It’s not exactly an employee-employer relationship,” she explains. “It’s more of a team environment. Closing that coverage gap is only going to be beneficial. It’s going to provide them security.” 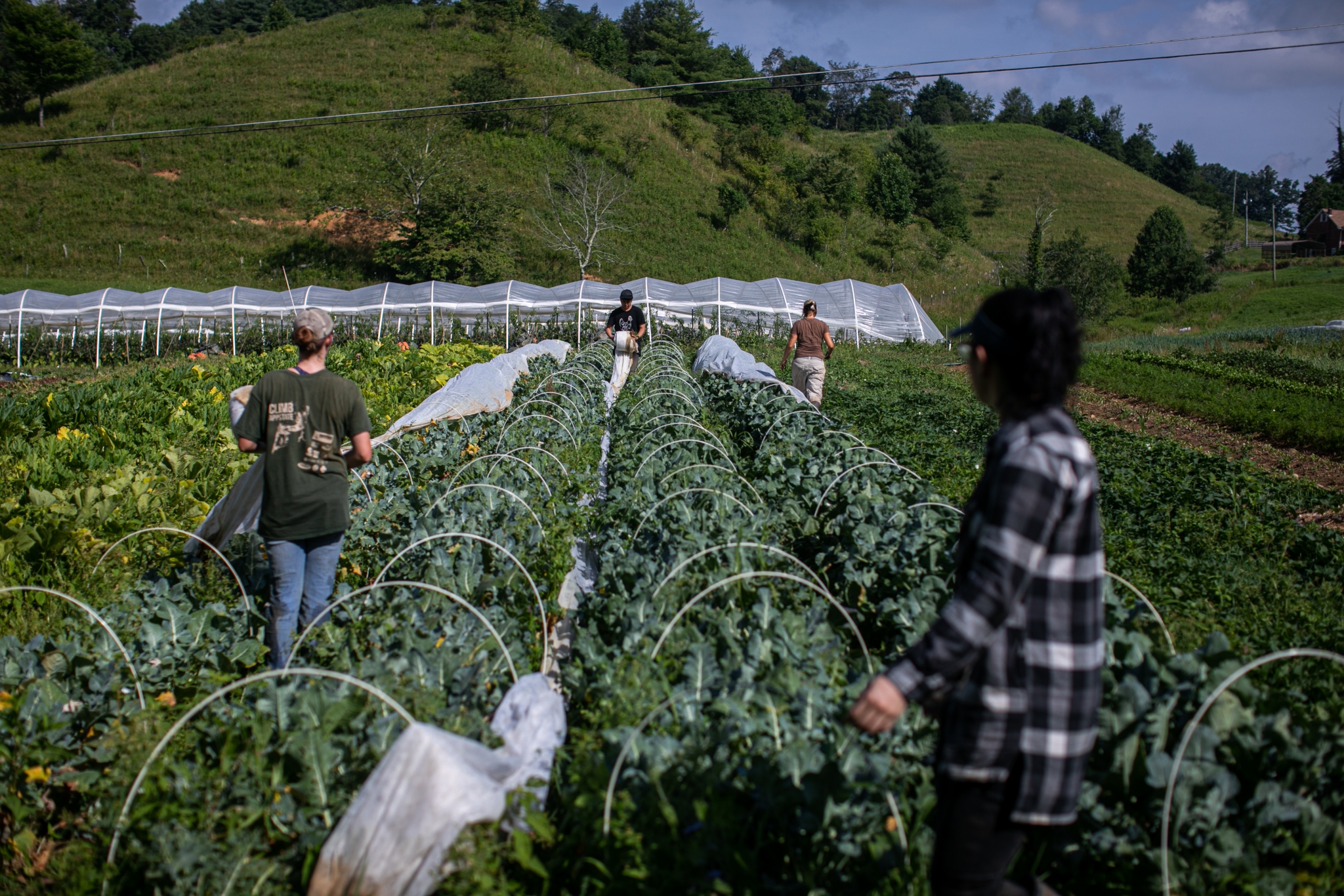